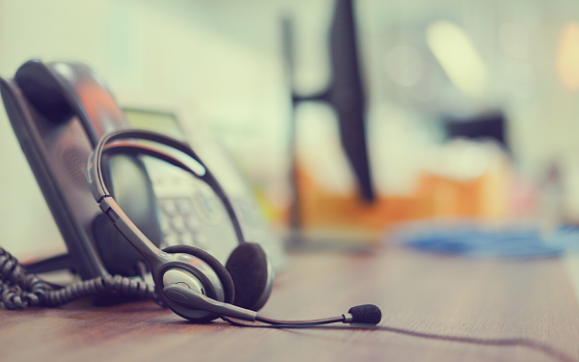 Tracking COVID-19 in NYC through Calls to the Legal Hotline

In March 2020 (yes, that was five months ago!), COVID-19 swept through our city. The pandemic devasted and disproportionately impacted low-income communities served by the City Bar Justice Center (CBJC). CBJC’s Legal Hotline which normally assists over 1,000 callers a month, fell eerily quiet. The residents of our city were ordered to stay home; many lost their jobs or were furloughed and learning remotely became a reality for school age children. There was a fear of infection and families were forced to deal with hospitalizations and death. The Legal Hotline’s phones were not active again until late April, when New Yorkers were once again calling in search of legal assistance.

Since April, through its COVID-19 Expansion, the Legal Hotline’s staff attorneys and pro bono volunteers have fielded calls from New Yorkers impacted by the pandemic and have assisted callers facing the stress of unprecedented circumstances. Callers contacted the Hotline as they struggled to access courts which had limited access to those without attorney representation. Unemployed callers voiced concerns about not being able to pay their rent and with questions about the city’s first ever eviction moratorium. As the pandemic continued, we began to receive calls about difficult roommate situations and renters who wanted to break leases. Callers increasingly report struggles with their inability to pay their mounting bills and the looming fear of continued unemployment with no economic recovery in sight for the near future.

The City Bar Justice Center is grateful to its team for their commitment to increasing access to justice for disadvantaged New Yorkers at a time of unprecedented need. Thanks to the help of CBJC’s dedicated staff and generous pro bono supporters, since the outbreak of the pandemic, the Legal Hotline has assisted over 3,300 callers.

Many of the City’s top law firms and corporate legal departments reached out to CBJC offering pro bono legal assistance to support New Yorkers impacted by the pandemic. The Hotline collaborated with pro bono partners including Paul Weiss, Paul Hastings and Bloomberg to assist callers with urgent legal issues. Paul Weiss, for example, provided legal advice and guidance to callers with questions on the CARES Act – with many calls on eligibility for unemployment insurance benefits or pandemic unemployment benefits, and delays on receiving those benefits. Sadly, an issue that was consistently raised during these calls was that undocumented workers including household employees had trouble accessing any COVID-19-related benefits.

In addition, with the assistance from former City Bar President Deborah Raskin, CBJC built a new pro bono collaboration with National Employment Lawyers Association’s New York Chapter (NELA). NELA provided the Hotline with expert employment lawyers to counsel worried callers who had been laid off and offered severance agreements if they waived their rights to sue their employers. As the pandemic has worn on, the severance agreement calls have fallen off and we have received more callers concerned about mandatory return to work and the safety of their workplaces. NELA attorneys have continued to volunteer their time and talent to advise these understandably concerned workers.

The following client story, illustrates common legal issues and themes that have come up during our calls:

The Hotline received a call from an undocumented restaurant worker, Mr. W., who was laid off when the restaurant he worked for closed due to COVID-19. Once the restaurant reopened, the restaurant owner refused to rehire him; not providing any reason other than a decreased need for staff. The owner refused to pay Mr. W. back wages owed to him. Mr. W. was in a dire situation; he was ineligible for unemployment insurance benefits due to his status and his previous employer refused to pay him wages owed to him. Mr. W. indicated he couldn’t even afford to pay for food. We immediately referred Mr. W to food pantries and to two NYC charities assisting unemployed restaurant workers. Then, we referred him to NELA for further legal assistance. An attorney from NELA advised Mr. W that although as an undocumented worker he was ineligible for unemployment benefits, he had the right to be paid wages he earned and the right to pursue a legal claim for those wages. The NELA attorney drafted a demand letter to the restaurant owner for the unpaid wages and will represent Mr. W. for no fee if he needs to pursue this claim in court.

As we enter Fall 2020 without a vaccine, we expect the Legal Hotline calls to return to normal if not higher levels. If you or someone you know is a low-income New Yorker in need of free legal counseling, please contact us by calling 212-626-7383 or by completing our online intake form.

LibbyVasquez, Esq. is the Director for the Legal Hotline.