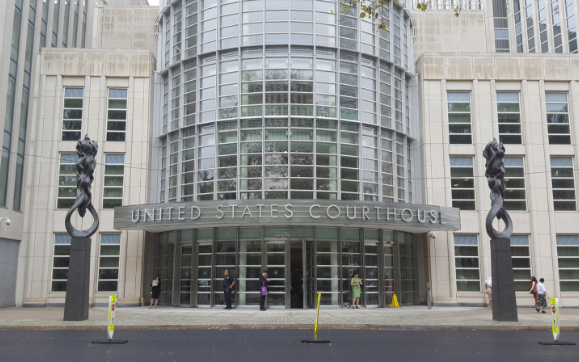 On March 20, 2019, the City Bar Justice Center’s Pro Se Legal Assistance Project assisted its 1,000th client, a Black porter in his early 50s who had sued his employer for race discrimination. When the client originally filed his case, he was represented by an attorney, but he became pro se after he could no longer afford to pay his lawyer. The Pro Se Project helped this client understand a court order and map out the next steps in his lawsuit, with the hope that he will eventually settle the case with his former employer.

Since opening to the public four years ago in March 2015, the Pro Se Project has offered free, brief legal services to pro se litigants with federal court cases in Brooklyn’s Eastern District of New York. The City Bar Justice Center’s project employs an experienced attorney Project Director and a paralegal Project Coordinator to provide assistance to clients representing themselves in federal court. The project also organizes a panel of volunteer attorneys, sourced mainly from large law firms with active federal practices, to staff weekly meetings with clients, during which the attorneys answer client questions and help plan out a road map regarding their cases.  Crucially, the project advises clients whose cases have no merit or do not belong in federal court not to file, or directs such clients toward the correct courthouse or administrative agency.

The Pro Se Project helps non-incarcerated civil plaintiffs and defendants on a variety of cases, ranging from employment discrimination to tort suits against federal agencies. All of the Pro Se Project’s clients share one commonality: an inability to retain legal counsel. An examination of over four years of data reveals consistent trends in the demographics of the clients served and the types of civil cases that are being prosecuted or defended in the United States District Court for the Eastern District of New York without the assistance of counsel.

Allegations of employment discrimination made up the single largest category of cases that the Pro Se Project received requests for assistance on between March 2015 and March 2019. About 33% of cases involved allegations of workplace discrimination on the basis of sex, sexual orientation, race, national origin, religion, disability, and/or age. Litigating in federal court is both procedurally difficult and expensive, and low and middle-income wage earners are often unable to hire a lawyer on a contingency-fee basis because the damages from their termination, even if proven, are simply too low to make the case economically attractive to private attorneys. The Pro Se Project has helped former municipal workers with solid, five-figure salaries who still cannot afford to hire a lawyer to bring their discrimination cases. Lawyers look at the cost of bringing the lawsuit, the risk of losing, and the potential damages, and decide that it does not make economic sense. Terminated employees who believe that they were subject to discrimination and want to pursue their rights in court have no choice but to bring their lawsuits pro se. In addition, the federal EEOC, the New York State Human Rights Division and the New York City Human Rights Commission issue “right to sue” letters when they decide not to pursue a complaint administratively which the general public reads as an indicator that their case has merit and “they have a right to sue.” Rather than forgo enforcing their rights, these complainants are suing pro se in the federal court.

The second largest category of cases seen during the period was civil rights cases. Such cases are brought by plaintiffs alleging constitutional violations by state actors such as police and corrections officers. Together, employment discrimination and civil rights cases made up 55% of the Pro Se Project’s workload over the last four years. Both of these types of cases disproportionately affect people of color: 75% of the individuals who received free legal assistance from the Pro Se Project identify as people of color. Additionally, about 57% of the Pro Se Project’s clients identify as men, and 43% identify as women. 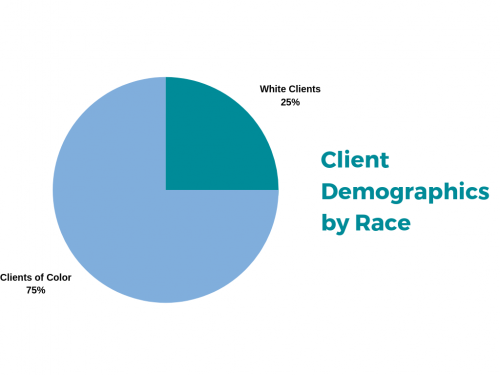 Moreover, the data shows that many pro se litigants face housing instability. About 30% of the Pro Se Project’s clients over the past four years were either homeless, living in shelters, or living with friends or relatives. Many pro se litigants found themselves in precarious housing situations after losing their jobs and no longer being able to afford rent. Some homeowners fell behind on their mortgages after the 2008 financial crisis and ended up defending a foreclosure action in federal court against a bank or a third-party debt buyer. Other clients of the Pro Se Project were recently released from prison and had lost touch with their families while incarcerated. Pro se plaintiffs and defendants with unstable housing face even greater challenges in court because they do not have a reliable, permanent way of receiving court orders and communications from opposing counsel. Without a fixed address, pro se litigants may inadvertently miss deadlines and lose their cases by default. 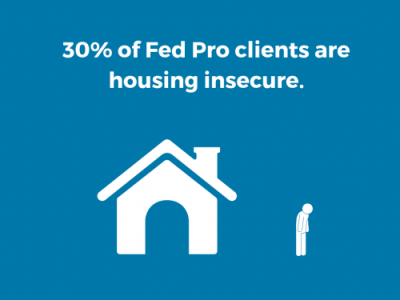 Lack of access to quality education was another common problem for the Pro Se Project’s clients. Six percent of the individuals served had only a middle school education or lower. 19% had earned a GED rather than a high school diploma. Employees with less education usually have less job security and may find themselves targets of discrimination. However, the Pro Se Project’s four-year data also showed that having a college degree did not guarantee a litigant would be able to hire a lawyer. About 27% of the litigants helped by the Pro Se Project had earned a bachelor’s degree or higher, yet still could not afford to retain counsel on their cases.

The City Bar Justice Center’s mission is to increase access to justice for low and moderate-income New Yorkers.  The Pro Se Project’s four-year tenure has introduced a unique perspective and allows for the ability to analyze emerging trends in pro se litigation in the E.D.N.Y.  Several months into its fifth year in operation, the Pro Se Project is going strong, and Federal courts across the country are taking note of the success of pro se projects like the City Bar Justice Center’s program. As income inequality continues to plague the City, the role of the City Bar Justice Center and the Pro Se Project in bridging the justice gap remains vital. Finishing up two years in the role of Project Coordinator, I will be entering UCLA Law School this fall with a better sense of the challenges facing civil rights plaintiffs, even when represented by counsel. I also have a greater respect for the desire for justice that has fueled change in this country when people feel that they have been treated unfairly.