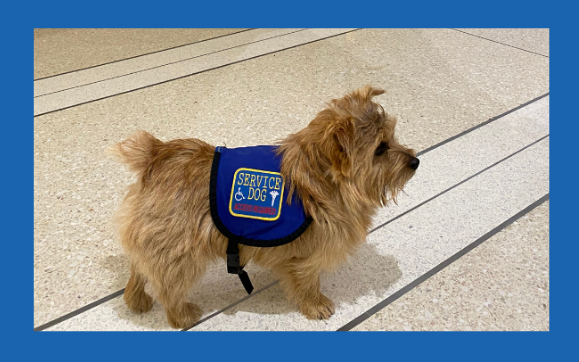 The Federal Pro Se Legal Assistance Project has seen how individuals with a mental illness may suffer from confusion about the status of their support animals. The Project provides free, limited-scope legal assistance to non-represented plaintiffs and defendants in federal court in Brooklyn. Both emotional support animals and service animals provide important assistance to people with psychological and physical limitations, conditions, and illnesses. But there is a public misperception that the only “real” service or support animal is one that assists a visually-impaired person. The Project once advised a client who was regularly denied bus access because the drivers decided that the client was not blind and didn’t “need” their service dog. The drivers were right, in a sense—the client wasn’t blind.  But she did need her service dog, which alerted her when she was about to experience a psychiatric attack. Her disability was invisible, but no less real.

The Americans with Disabilities Act (“ADA”) defines a service animal as a dog that is individually trained to perform a task for the benefit of an individual with a disability. That disability may be obvious to others—such as a visual or auditory impairment—or it may not be—such as a psychiatric illness, intellectual impairment, or seizure disorder. For example, a service dog may be trained to guide a mobility-impaired individual on the street, to alert a person with diabetes about falling blood sugar levels, or to interrupt a person with a compulsive disorder from engaging in harmful behavior. Many people think that a service dog needs to be certified by some agency, trained using special methods, or wear an official vest. The ADA does not require any of those things.

In contrast to a service animal, an emotional support animal does not need to be individually trained to assist a disabled person. An emotional support animal may soothe and comfort a person with a diagnosed mental illness, such as an anxiety disorder, depression, or compulsive disorder, simply by its presence. The Department of Transportation’s proposed rule change would allow airlines to ban emotional support animals from their flights. It would not, however, allow airlines to ban service dogs for disabled travelers. One traveler commenting on the Department of Transportation’s proposed rule wrote that their emotional support animal, a “dachshund, is able to keep my glucose levels from spiking when I encounter anxiety.” Another commenter, who identified herself as a U.S. Air Force nurse, recalled her work accompanying combat trauma patients being flown home. “To this day,” the nurse wrote, “flying brings back the tension . . . from those evacuation flights.” Her emotional support dog, Greta, “has been a real comfort,” she said. A third commenter wrote, “After being sexually assaulted last year, I got my emotional support dog, Eddie. Not only do I feel safer with him, but he can sense when I’m upset and comforts me.” Not all airline passengers support the presence of emotional support animals on planes, though. One commenter complained about the “danger of biting dogs” and “discomfort or allergy issues for people.” Another wrote that “too many people don’t give a thought to . . . those of us who do not want to be bothered by someone else’s animal.”

The Department of Transportation is accepting comments from the public on the proposed change to the law. It is an important part of the democratic process that interested members of the public speak up. You have the opportunity to influence the proposed regulations, but you have to use it. To post a public comment on the Department of Transportation’s website, search for DOT-OST-2018-0068-12959 at www.regulations.gov, or visit this page.