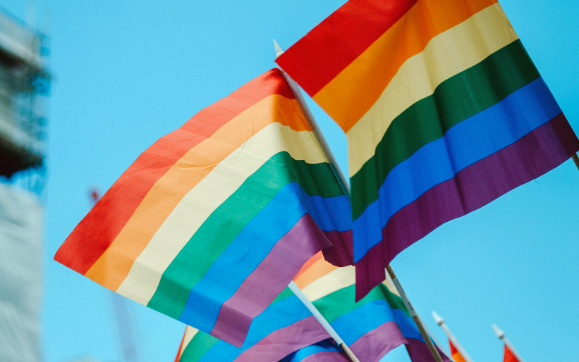 June is Pride Month: a time to celebrate the LGBTQ community and commemorate the 1969 Stonewall Riots, during which the New York City LGBTQ community pushed back against pervasive homophobia and systemic persecution from law enforcement. This year, Pride Month has already brought about another necessary and long-overdue victory for the LGBTQ community, as we celebrate the recent landmark United States Supreme Court decision protecting employees from discrimination on the basis of sexual orientation and gender identity. Though this year’s NYC Pride Parade has been cancelled due to the Coronavirus pandemic, the spirit of Pride Month and of the activists whose fierce sense of justice spurred the LGBTQ liberation movement is more alive than ever. As millions of Americans have taken to the streets to protest police brutality and anti-Black racism, we honor the immeasurable labor and sacrifice of the Black and Brown queer and transgender activists who contributed to the fight for the fundamental civil rights the LGBTQ community has gained and still demands.

In recent weeks protesters have marched and mourned the lives of the countless victims of anti-Black racism including Tony McDade,Nina Pop, Dominique “Rem’mie” Fells, and Riah Milton, all of whom were Black and transgender. Their deaths are only a few of the many killings of transgender or gender non-conforming people in the United States this year thus far. This number is a stark reflection of the urgency with which our country must address the inequities that target the LGBTQ community and further the protections under the law and in our economic systems that discriminate against those who live at the intersections of sexuality, gender identity, race, class, HIV status, and age. We cannot leave anyone behind as we push forward to fight the systemic inequality entrenched in our society.

The recent protests have called attention to the physical violence and harm that communities of color and LGBTQ folks are subject to. However, as Executive Director Lynn Kelly pointed out in the City Bar Justice Center’s recent statement of solidarity, “poverty is a powerful form of violence” and dismantling white supremacy will require that we combat racism that is rooted in our social and economic systems. The harm enacted on the LGBTQ community, especially those at the intersection of race, age, and disability, makes them more likely to suffer unemployment, homelessness, lack of access to healthcare and mental health support, and increased interaction with law enforcement. Housing in particular has long been a struggle for queer communities. Even though New York City has served as a haven for generations of lesbian, gay, bisexual, transgender, and other queer people in search of a community and a home after experiencing the trauma of rejection, discrimination, and isolation, many continue to lack stable housing. In fact, many of the most celebrated leaders in the LGBT Liberation movement such as Marsha P. Johnson and Sylvia Rivera engaged in activism without stable housing and periodic homelessness.

Housing insecurity is a significant issue especially for LGBTQ individuals who are elderly or living with a disability. This demographic often has less income due to historical discrimination and may face prejudice and predation from their landlord, condo board, coop association, building management company, or opportunistic investors. LGBTQ seniors may not have children or family members to support them and manage their affairs as their capacity diminishes, leaving them vulnerable to scams when they struggle to pay housing expenses. Those who are retired live off a limited fixed income and can struggle to secure the public benefits they are entitled due to the complicated bureaucracy and time-intensive application process. According to a 2017 survey commissioned by the Stonewall Community Development Corporation, roughly one-quarter of LGBTQ seniors living in New York City make less than 30% of their area’s median income. Additionally, older LGBTQ adults of color are twice as likely as white older LGBTQ adults to report living in substandard housing. However, perhaps most importantly, over half of LGBTQ seniors expressed a desire to continue living in their current housing for at least another 10 years. This reflects the attitudes and experiences of many clients supported by the City Bar Justice Center’s Homeowner Stability Project (HSP) and LGBT Advocacy Project.

Our clients are low and moderate-income New Yorkers who have worked hard to find a place to call home and are committed to maintaining their safety and wellbeing by remaining in their property for as long as possible. Many of our clients reach out to HSP and the LGBT Advocacy Project when they are struggling to afford their housing expenses, whether it be their mortgage, common charges, maintenance fees, or property taxes, and some are at risk of losing their home to foreclosure or predatory behavior. HSP and the LGBT Advocacy Project work with senior LGBTQ homeowners to stabilize their housing by providing limited representation in court, working with banks and lenders to modify their home loans, connecting them to NYC funding sources to supplement their income, drafting crucial life planning documents and generally advocating on their behalf when they are subject to mistreatment and predation with regard to housing. Our goal is to give our clients the opportunity to age in place with dignity, surrounded by their chosen family, their loved ones, and their community.

HSP and the LGBT Advocacy Project have teamed up with City Bar Justice Center’s Pro Bono Counsel Kurt Denk to offer a CLE webcast to address legal issues that affect LGBTQ homeowners who are elderly or living with a disability and provide a diversity, equity, and inclusion-focused roadmap and resources for practitioners to advise this community on how to age in place or transition to new housing with dignity and safety. The program will present an in-depth look into budgeting for homeowners, necessary life planning documents, the foreclosure process, and common scams, and other predatory behaviors homeowners often encounter while taking into consideration the underlying cultural and situational needs of this demographic. The webcast will run from 10:00 am to noon on Friday, June 26th and will include material to meet the core objectives of the New York State CLE Board’s new diversity, inclusion, and elimination of bias CLE requirement (see 22 NYCRR 1500.2). This CLE is sponsored by the New York City Bar Association’s Committees on LGBTQ Rights and Housing and Urban Development, the City Bar’s Mortgage Foreclosure Task Force and the LGBT Bar Association of Greater New York (LeGaL) and is free for City Bar and LeGaL members.

For more information and to register for the CLE, please visit us at: