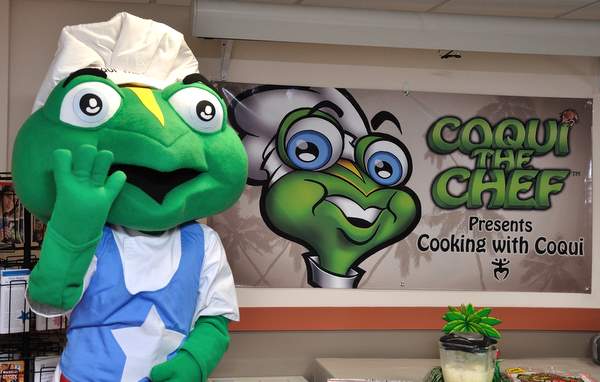 When Tania Lopez, a single mother of two from the Bronx, was laid off from her job in 2006, she decided to turn misfortune into opportunity and use her entrepreneurial spirit to follow her passion for food. Tania spent most of her life in the South Bronx but moved to Puerto Rico for ten years to raise her children. It was there that she delighted in the gastronomic culture of her native country and grew accustomed to cooking all of her dishes from scratch. Upon returning to the United States, however, her fast-paced New York lifestyle left her little time to carry on with her healthy eating habits. Tania found herself resorting to more efficient – yet less healthy – fast food to accommodate her busy schedule, and she felt her health decline as a result.

Looking around her local, predominantly Latino community, Tania saw that she was not alone. She constantly heard complaints from her friends and family about their weight, diabetes, heart problems, high cholesterol, and high blood pressure. Realizing that these widespread health problems were inextricably linked to an American habit of depending on overly-processed food, Tania was inspired to start Coquí the Chef, a company that promotes a holistic approach to eating through healthy recipes and fresh ingredients. The company’s philosophy centers on the idea that cooking at home is not only essential, but fun as well. The entrepreneur said, “I grew tired of hearing about obesity, diabetes and other life threatening health issues taking lives. I got to the point where I realized I no longer wanted health issues to control me or my loved ones, so I decided to look into food instead of relying on western medicine to ‘fix’ us. My exploration led me on a journey… a journey into a different world: one that acknowledges the wonders of food.” Tania chose the coquí frog to be her company’s mascot due to the endangered amphibian’s symbolic importance to her native island, and she partnered with talented graphic artists to draw up the cartoon frog. In January 2013, Tania approached the Neighborhood Entrepreneur Law Project for assistance with a trademark application. Through NELP, Tania was paired with Jordana Garellek, an associate at Duane Morris LLP who helped her trademark her business name and logo. They discussed other intellectual property issues and plans for expanding her business as well, such as licensing her mark and creating her own cooking show. Ms. Garellek remarked on Tania’s entrepreneurship: “She has been a pleasure to work with and her entrepreneurial spirit seems to have no bounds. She is always looking for ways to improve her business in order to truly make a difference in her community.” Tania has a recipe blog to help parents make healthy eating choices for their children, and she sells cookbooks and shares recipes through her website, www.coquithechef.com. She has also started a YouTube channel through which she shares cooking tutorials. And for special occasions such as the 54th Annual National Puerto Rican Day Parade, she even dons the Coqui the Chef costume herself to help spread nutritional awareness! What began as a true passion became an enduring business for Tania, who said, “Coqui the Chef not only speaks about healthy eating and nutritional awareness; he is here to remind us that food is more than something we eat. It creates and defines us… most of all it connects us.”