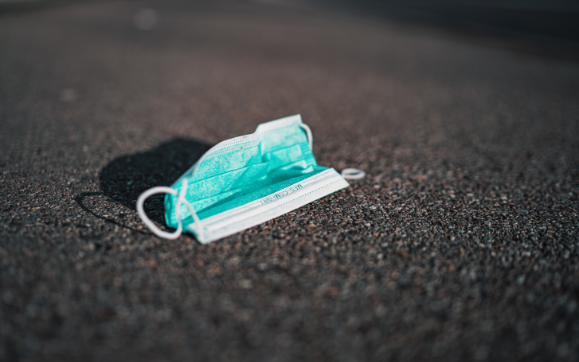 New Yorkers served by the City Bar Justice Center’s Legal Clinic for the Homeless (LCH) are among the most vulnerable community members who have been disproportionately impacted by the COVID-19 crisis. When the pandemic hit New York, most City Human Resources Administration (HRA) offices closed, cutting significant communications between the agency and public assistance recipients. Since then, LCH has been highly responsive in addressing the immediate needs of their clients, mainly homeless and poverty-stricken New Yorkers in need of essential public assistance benefits to make it through the pandemic.

A homeless shelter resident and single mother, MS, reached out to LCH for help with getting essential benefits restored after having Medicaid benefits discontinued and Cash Assistance (CA) reduced during the outbreak of the pandemic. LCH Director, Lisa Pearlstein, Esq. reached out to top officials at HRA who promptly restored Medicaid and CA for the client and her family after learning MS had difficulty getting in touch with an HRA representative who could help. Recognizing MS wasn’t the only one facing this problem, Ms. Pearlstein began advocating for a systemic fix to ensure Medicaid and CA benefits were restored for others similarly situated during the COVID-19 crisis. With State approval, HRA sent notices to over 1,500 individuals affected by sanctions imposed by the Office of Child Support Services (OCSS) resulting in discontinued or reduced benefits instructing recipients to simply call or write an email to OCSS to have benefits restored. Shortly after, an LCH volunteer attorney spoke with a new Project client, a homeless mother with two children, who confirmed receipt of the HRA notice. She was thrilled that all she had to do was pick up the phone and make a call to get her Medicaid and CA benefits restored during an increasingly difficult time for her and her children.

When HRA announced in late March 2020 that Cash Assistance and the Supplemental Nutrition Assistance Program (SNAP) recipients did not have to attend upcoming in-person appointments at its centers and would not see their benefits reduced or discontinued, LCH client, KW, was very confused. Despite the newly implemented policy in response to COVID-19, KW continued to receive notices instructing her to attend center-based work programs and other mandatory meetings. KW told LCH she was fearful of exposing herself to the coronavirus by going to her appointment, but she was equally afraid of missing her appointment and losing public assistance benefits as a result – both were a matter of survival.

LCH advised the client not to go to the appointment and Ms. Pearlstein took action, realizing many New Yorkers were still receiving in-person appointment reminders in the mail and via the ACCESS HRA mobile application. Recipients were confronted with making serious and unnecessary decisions that placed them at risk. Ms. Pearlstein contacted HRA asking the agency to track and identify all notices of appointments that continued to go out to CA and SNAP recipients and to stop its distribution to prevent cases like KW’s from continuing. HRA executives asked to see notices LCH clients, such as KW, were receiving. Through these efforts, the agency identified about 300 distinct notices still being sent out to CA and SNAP recipients reminding them to attend mandatory in-person appointments and as a result, stopped disseminating these notices.

LCH is an example of the valuable work taking place at the City Bar Justice Center during the COVID-19 crisis. Since the outbreak, LCH has been a frontline advocate, representing the immediate needs of the City’s homeless and low-income communities. The City has taken measures to ensure processes to restore Medicaid and CA benefits are more streamlined for program recipients and suspended the distribution of in-person appointment notices to thousands of New Yorkers, in part, due to the advocacy of our team.