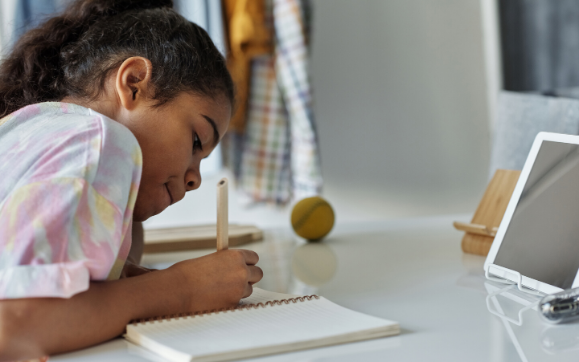 Thank you to City Bar Justice Center summer intern Arielle Rosker for her investigation and reporting on this story.

In Part 1 of “Homeless Need Internet Access to Find a Home”, the City Bar Justice Center published a white paper from meetings with shelter residents in 2019 showing homeless family shelters didn’t have reliable Wi-Fi and access to technology. We surveyed 84 families and shared their struggles to find work, do homework, and locate permanent housing. The white paper also looked at other cities that were able to provide Wi-Fi to their homeless population.

In Part 2, we will share a client story that sheds light on how homeless families are suffering during the pandemic from the simple lack of Wi-Fi access with schooling and job interviews moving to Zoom. The following is a story of a Legal Clinic for the Homeless Project client, Christina:

Prior to COVID-19 Christina went to great lengths in order to get internet service. The shelter she stayed in requested laptops from the Department of Homeless Services and she was given a laptop for a period of time. She was excited for the possibility of obtaining a laptop because she thought it might entertain her children. However, Christina was responsible for supplying her own internet connection. She tried to create a hotspot from her phone on several occasions but quickly ran out of data. On the off chance the hotspot did work, it was still unable to feed their devices continuously. The city suggested that she use the library, however, the library hotspots don’t work very well. Despite this, she and her children would spend the majority of their time in the library.

Christina has complained to the shelter she lives in, asking them why they are unable to provide guests with Wi-Fi when caseworkers have access. It is especially frustrating for Christina because she is able to see the Wi-Fi network and its bandwidth when she looks on her phone. The shelter has given her a variety of explanations for their lack of internet access including that it is a “security issue” and that if they allowed guests to use their Wi-Fi they would then be “charged for their phone service” in its entirety. In the shelter there is no computer lab, or iPad lab open at any time. If residents need to print or fax something, they must use the city library. Caseworkers are specifically instructed not to help them with tasks such as this. Furthermore, they have no free laundry service at their shelter so Christina is forced to do her laundry out of a bathtub so that she doesn’t have to leave and fear COVID. The shelter provided her with two masks but she was forced to find another for the third member of her family.

When COVID-19 began, Christina received free hotspots for the month of April from Boost Mobile. In May, one of her children was given an iPad from the DOE for school. The device must eventually be returned, however, there has not yet been a return date set given that for that school may continue online in the fall. One of Christina’s children has a serious medical condition, and as such, it is now necessary for her to use Zoom in order to meet with doctors. Zoom takes up a significant amount of data, and Christina acknowledges that they would not be able to do this if they had not been given the iPad.

Christina’s children absolutely love the iPad. She says that they spend time on YouTube watching videos. It has been extraordinarily helpful for her that they have this. With one child in a wheelchair, she must be extremely careful of COVID-19. She does not allow her other daughter to leave their one room apartment. The iPad is their only source of entertainment. Furthermore, Christina frequently needs to take her child for hospital visits and, with nowhere else to leave her other child, she is forced to take both children with her. With the iPad, her child has been able to both complete her school day while also accompanying her mother and sibling to the hospital.

Christina would preferably like for her children to be able to keep their device, with internet access, as it is now. If computers or iPads could be made available in shelter, Christina would suggest placing them in the area where children’s recreation classes are held. She would like to see a service room be put in place for women who might need to go online to look for jobs or housing.

Christina really wants to move out of the shelter but is unable to look for housing without internet access. Her goal is to find her children a place where they can belong.