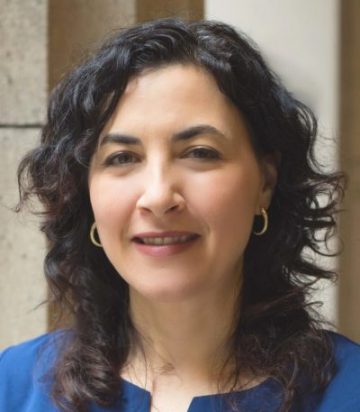 Tomatore has worked at the Justice Center for nearly two decades, including as Director of the Immigrant Women and Children Project and the Cancer Advocacy Project. She is currently Co-Director of the Immigrant Justice Project. Over the years, she has not only helped hundreds, if not thousands, of immigrant survivors of violence, but has been a critical voice in the larger local, national, and international conversation about human trafficking and violence. She has participated in delegations to Warsaw and Brussels, and lectured on the topic across the United States and abroad, including in Canada, Venezuela, Mongolia, Mexico and the Philippines. At the local level, she actively participates in multiple anti-trafficking task forces, including the Brooklyn DA’s Human Trafficking Task Force. She has trained pro bono attorneys, judges, community-based organizations, health-care providers, law enforcement and government officials on human trafficking.

“Through her career, Suzanne has distinguished herself as a tireless advocate for survivors of domestic violence, human trafficking, child abuse, and violent gender-based crimes, and as an expert on immigration law,” said Lynn Kelly, Executive Director of the Justice Center. “We are delighted that she will be helping to lead the Justice Center into the future.”

Tomatore came to the Justice Center as a 2000 CUNY Law School graduate, following her receipt of the Open Society Institute Community Fellowship for implementing and directing the Immigrant Community Domestic Violence Project. As a fellow, she conducted extensive community outreach to connect battered women with resources under the Violence Against Women Act.

In addition to her experience in human trafficking and immigration, Tomatore has used her expertise to create successful advocacy organizations. She was a founding member of the New York Anti-trafficking Network, and was a co-chair and board member of the Freedom Network, a national coalition of advocates and experts serving human trafficking survivors in the U.S., and helped launch and facilitate the organization’s development into a nonprofit. She is admitted in New York State and to the EDNY, SDNY, Second Circuit and U.S. Supreme Court, and received her certificate in Not-for-Profit Financial Management and Reporting in 2015, from Baruch College.

Tomatore succeeds Alice Morey, who served as Managing Attorney of the City Bar Justice Center for eighteen years and is retiring in July 2019.