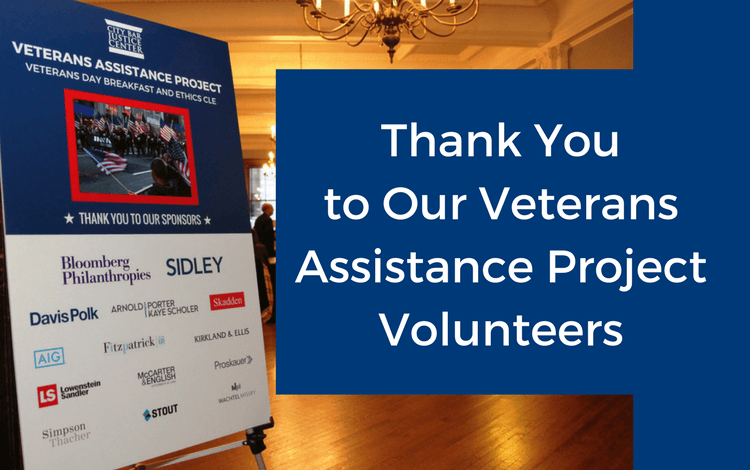 The City Bar Justice Center held its second annual Veterans Day Breakfast and Ethics CLE on Friday, November 10, 2017 to celebrate the dedicated Veterans Assistance Project (VAP) volunteers who provide legal assistance to New York City’s disabled, low-income veterans. Since the project’s inception, VAP has helped over 1,500 veterans thanks to the extraordinary work and commitment of over 450 pro bono volunteers. 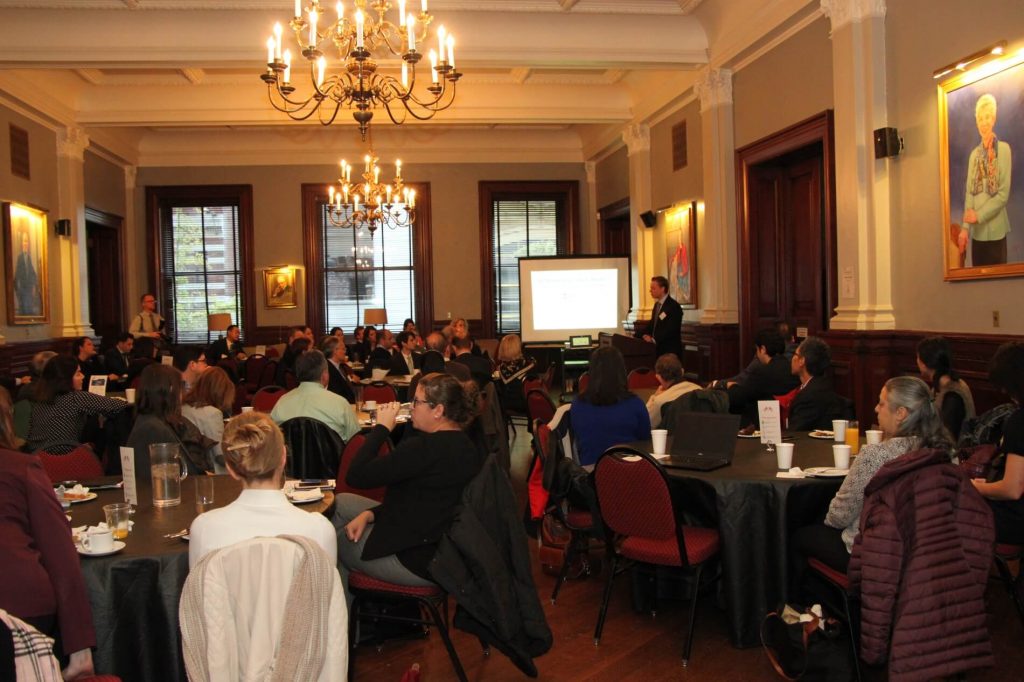 At this year’s event, CBJC Executive Director Lynn Kelly welcomed the 70 VAP volunteers and their colleagues in attendance and thanked them for their pro bono service to those who served our country. Veterans Assistance Project Director Kent Eiler emphasized his gratitude to the volunteers and shared the meaning behind the event’s giveaway: Veterans Assistance Project challenge coins. A common military tradition, but not exclusive to the military, challenge coins are collected by service members throughout their time in the armed forces, typically gifted by higher-ranking officers. If any service member “challenges” peers to take out their challenge coins at a bar and someone doesn’t have their coins on them, that service member is penalized with the unfortunate duty of buying the group a round of drinks.

The program continued with remarks from Steven Lee, Managing Director of Income Security at the poverty-fighting Robin Hood Foundation. Lee remarked that VAP is one of the foundation’s most effective grantees when it comes to producing returns for every dollar invested in the project, maximizing the delivery of life-changing tools and resources to one of New York City’s neediest populations. As VAP’s largest grant funder, Robin Hood has been vital in maintaining the stability of the Project over the last seven years. CBJC is grateful for Robin Hood’s support for our city’s veterans.

To make it clear how effective VAP is in leveraging the resources of the New York City legal community, Steven Simone of Stout, Risius and Ross presented on the valuation model his firm developed as a pro bono project for VAP. The model calculates the long term economic impact of VAP’s pro bono legal representation. Simone announced that VAP has returned $17 million in VA disability to low income veterans in New York and is on track to reach $24 million in benefits this year. CBJC thanks Simone, Analyst in the Investment Banking Group, as well as Neil Steinkamp, Managing Director of Complex Situations Consulting and Stout’s Pro Bono Practice leader, for their work on this project.

Special thanks to the 2017 Veterans Day Breakfast and Ethics CLE Sponsors for their generous support: 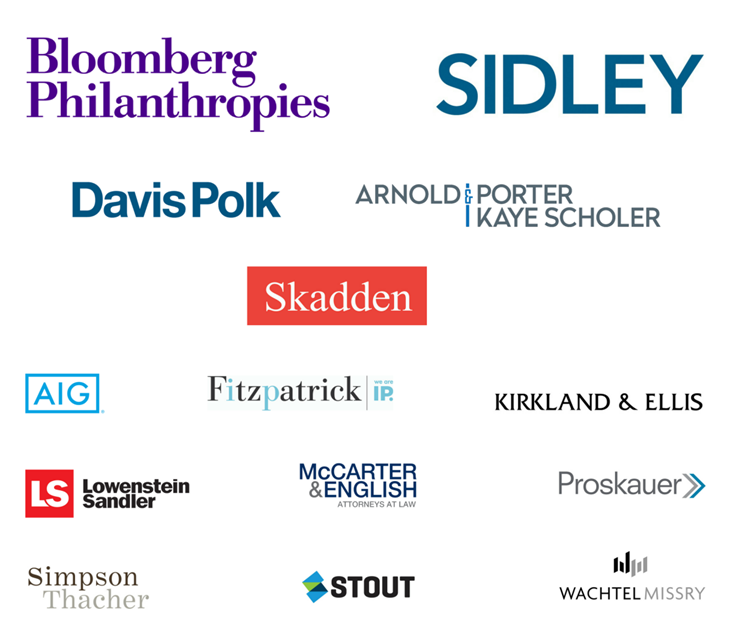