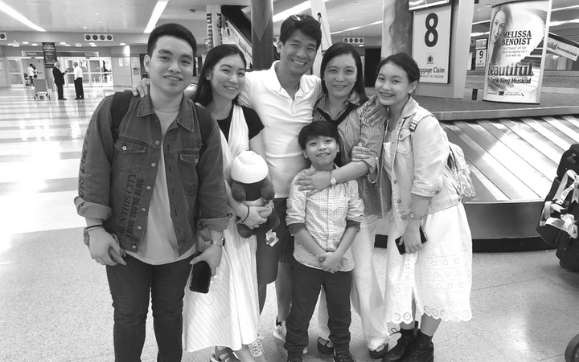 The City Bar Justice Center never reveals personal information about our clients without their permission. Thank you to Dante and his family for allowing us to tell their story in “Labor Trafficking Victim Reunited with Family.”

On July 27, 2018, Dante, a victim of labor trafficking, joyfully welcomed his family, whom he had not seen in many years, into the United States. A year earlier, with the assistance of the City Bar Justice Center’s Immigrant Justice Project, Dante had been granted T Nonimmigrant Status, also known as a T-Visa. T-Visas are granted to survivors of a severe form of human trafficking who cooperate with law enforcement in the investigation of their traffickers. It is a temporary status that is valid for four years, during which time the holder has employment authorization and, after three years, can apply for permanent residency; also known as a “green card.”

Dante’s story is like that of many labor trafficking victims. A native of the Philippines, Dante was recruited for a hotel job in the United States by a company that required him to pay exorbitant fees in order to get a visa. Based on promises of a good salary, he went into debt to pay all of the required fees, but once in the United States, nothing was as promised.

Dante made very little money, as he was not given sufficient hours on the job, and he had to live in overcrowded, unfurnished apartments. At one time, Dante shared a studio apartment with four men, all of whom had to sleep on mattresses on the floor. Although he sent home as much money as he could, he was not earning anywhere near the promised amount. His family lost their home and his children were not able to continue in their school. He tried to find other employment, but unable to support his family, Dante had no choice but to return to the Philippines.

Several months later, Dante went to the company that had sent him to the United States, asking for a return of the fees he paid. Rather than give him any money back, the company officials claimed that Dante owed them money for failing to fulfill his contract and, when he told them that he had no money with which to pay, they threatened him with a lawsuit which they said could result in his imprisonment. Terrified by their threats of imprisonment, Dante agreed to return to the United States so that he could complete the contract requirements. However, once back in the United States, Dante quickly learned that the promised position did not exist and that the owner of the company had been charged with human trafficking and unfair labor practices.

The company’s actions put Dante into a precarious situation. Though discouraged, he set out on his own to find odd jobs to support himself and his family. He was stranded in the United States while his family struggled to survive in the Philippines. Eventually, he was connected to the Immigrant Justice Project which successfully helped him apply for a T-Visa. When the T-Visa was approved for him and his family as derivative beneficiaries, the Immigrant Justice Project partnered with the International Organization for Migration to bring Dante’s family to the United States. After much hardship and a long separation, at long last, the family was reunited.