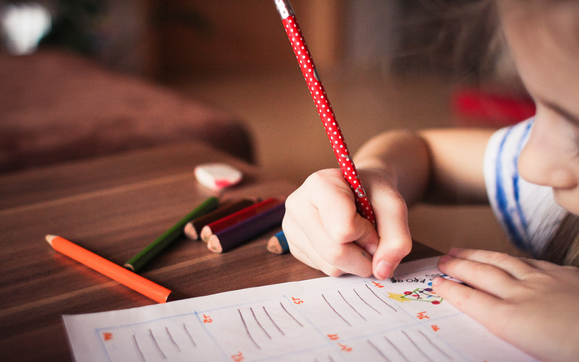 It’s mid-October and school is now in full swing for the over 1.1 million students in the New York City school system. But for one in 10 of these students, who are homeless – a number which rises to one in 8 of students below 5th  grade – the new school year brings additional difficulties on top of the usual concerns of classes and homework.

While homelessness is difficult for any child, children with special needs face particular challenges in the shelter system. Homeless parents struggle to provide for even the most basic needs of their children on a marginal income, while meeting strict requirements for job and apartment searches. Kids with special needs require extra attention, care, and accommodations that, because of these constraints, their parents may be unable to provide.

The City Bar Justice Center’s Legal Clinic for the Homeless (LCH), which represents parents in homeless shelters on legal issues, frequently serves clients who have children with special needs and sees the unique burdens they shoulder. Many of the challenges they face are encapsulated by the story of one of our clients, Ms. M, who battled homelessness for years with her son and finally secured income and housing stability with LCH’s support. Ms. M’s son has autism and severe allergies, which were both exacerbated by his residence in the shelter system. Throughout the ordeal, despite her amazing advocacy, Ms. M struggled to get her son the care, support, and resources he needed to maintain his health and well-being, repeatedly frustrated by the bureaucracy and complexity of the public benefits and shelter system.

The overstimulation, instability, and precariousness of homelessness can be especially overwhelming for children with special needs. As Ms. M and her son’s stay in shelter stretched on, her son began to act out in school out of the stress of the experience. He was bothered by the shelter’s crowded living space, and the limited opportunities to leave shelter because of its strict rules. Additionally, the autism therapies that would have provided him some relief were unaffordable on Ms. M’s limited income.

By the time she met Lisa Pearlstein, Project Director of LCH, Ms. M was living with her son in their fifth shelter. Ms. M had advocated for the moves in an effort to improve the living conditions for her son, but to limited avail; the last shelter was cleaner, which helped her son’s allergies, but he was still struggling with the allergens, dirt, and limited space of the environment. Once LCH steeredMs. M to the right government office, her application was finally approved. And, on her own, Ms. M was also able to get exceptions to establish weekend visits with her son to her mother’s, which provided him with a much-needed break from the shelter environment.

LCH also helped Ms. M get her son the therapy equipment he needed to calm him down and improve his behavior. With LCH’s help, she received a grant from The Children’s Aid Society to buy her son an iPad, so he could undergo sensory and applied behavior therapy using the technology. He could play virtual instruments on the iPad, and making music calmed him down and relaxed him, bettering his mental and physical well-being.

Because she had secured the “needed in the home” categorization, Ms. M thankfully was excluded from harsh work requirements and could spend time caring for her son. However, many other parents of children with special needs lack the “needed in the home categorization” that allows them to avoid such requirements and care for their child. This is problematic even when kids are in school, because schools rely extensively on parents of special needs children to help manage their children’s behavior during the school day. Ms. Pearlstein reports that her clients who have special needs children can becalled upon to assist schools with their children, which disrupts their work schedules. Therefore, the “needed in the home” categorization is crucial for these parents to allow them to properly care for their children. The accommodations Ms. M secured for her son in school further made a critical difference for his health and well-being.

While Ms. M is a strong advocate, many homeless parents with special needs children are unable to effectively advocate in this way. Ms. Pearlstein says,

“Many parents in shelter don’t have the bandwidth to fight for additional accommodations and resources for special needs children. Simply caring for the immediate needs of their children is difficult in the face of the work and apartment search requirements they must meet, as well as the bureaucracy of the welfare system.”

Placement in a special school, or designation of special resources and staff for a child with special needs frequently entails a difficult, time-intensive process of advocacy that is out of reach for most homeless parents, who are already overwhelmed by the day to day task of sheer survival.