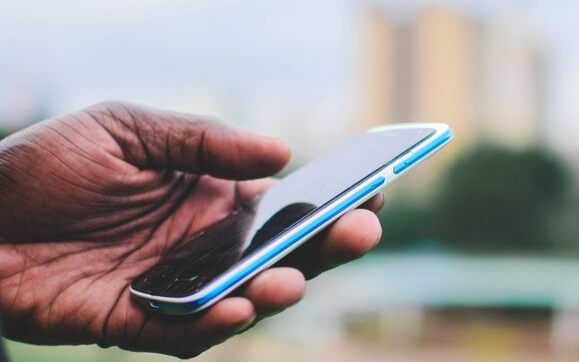 Libby Vazquez is the Director of the Justice Center’s Legal Hotline.

The City Bar Justice Center’s free Legal Hotline provides effective, efficient free legal advice over the phone to the thousands of New Yorkers with civil legal problems who cannot afford an attorney. Many of the callers are referred by the courts, while some hear about the services by word of mouth. Still others are referred by our members, the Legal Referral Service at the City Bar, or other legal services programs. Complementing its telephone intake line which can be reached at 212-626-7383, the Hotline has an online intake application which is easily accessible from a link on www.citybarjusticecenter.org. Providing 24/7 accessibility to anyone with internet access, this service ensures online intake applicants receive a response within 48 hours.

The Legal Hotline is so popular that it has grown to handle more than 13,000 calls and online applicants a year, making it the largest free, general civil legal advice hotline in New York State. The Legal Hotline is staffed by experienced attorneys, most working part-time, who are comfortable spotting and prioritizing issues and providing brief advice. Working on a legal hotline requires a very particular skillset and not all attorneys are comfortable doing it. The Legal Hotline staff receives continuous training on updates to the law and also trains a couple of special volunteers each year who are seeking a longer term volunteer commitment in a very fast paced environment.

In 2018, thanks to increased funding support from the NYS Office of Court Administration’s Judiciary Civil Legal Services and the NYS IOLA program, the Legal Hotline was staffed with seven attorneys who were able to answer 13,993 out of the 16,577 calls received (an answer rate of 84% of the total calls received – up from 61% in the previous year). In addition to these calls, the Legal Hotline received 2,092 online applications through its web portal, and responded to 100% of applicants within two business days.

In addition to providing advice and counsel, the Legal Hotline gave brief services to nearly 1,000 callers in 2018, including mailing written information to callers on their rights and responsibilities, assisting callers in drafting legal documents, and curing defects in legal documents. Regarding foreign language speakers served, Spanish was the most frequent foreign language followed in order by Chinese (both Mandarin and Cantonese), Russian, Korean, French, and Arabic and Japanese tied. And, while the most frequent problems called about were in the area of housing, family and consumer law, the Legal Hotline answered calls covering a huge range of issues, such as the rights of people with comfort animals, sexual harassment, and unlawful employment terminations.

Recently, we spoke to caller. Ms. D, who had never used the court system and so had no idea what to do when she paid a party planner over $3000 as a deposit for a space rental and decorations for her daughter’s “Quinceanera” (Sweet 15) birthday celebration. The party planner did not deliver and this caused a lot of anguish and frustration for the caller. We advised Ms. D. to bring a small claims court action against the party planner and walked her through presenting her case and gathering evidence of payments made to the planner. Ms. D. called the Hotline back to thank us and let us know that merely filing the small claims action alone got her a refund from the party planner. Another caller to the Hotline, Mr. F. called in a panic, as the sudden passing of his mother had jeopardized his housing situation. They had lived in a rent stabilized apartment together for the last 30 years, and the lease for the apartment was in his mother’s name. For this reason, Mr. F. was afraid the landlord would evict him. But the hotline told Mr. F. that he had the right to succeed to the lease. We advised him on next steps with his landlord and sent him written materials from the Department of Community Renewal that governs rent stabilized apartments  Mr. F .was relieved to learn about succession rights in rent stabilized apartments, and because of the Hotline’s help, he has the peace of mind knowing his housing is secure.

The Legal Hotline is led by two experienced public interest attorneys, Libby Vazquez, Director (Fordham School of Law ’02) and Christopher Schwartz, Deputy Director (New York University School of Law ’01). On the work of the Legal Hotline, Ms. Vazquez says, “The calls to the Hotline reflect what is happening in New York City civil courts, which are jammed with divorce/family law filings, housing court disputes and consumer debt cases. The Legal Hotline seeks to fill the gap in access to justice for many New Yorkers who cannot afford a legal consultation or representation. “

The Legal Hotline has been a remarkable incubator of new programs and ideas around access to justice. The Consumer Law Helpfinder – an online single access point for help with consumer matters, the Planning and Estates Law Project (PELP) and the Civil Court Project which brings trained pro bono attorneys to the Civil Court Help Centers in Manhattan and Brooklyn four times a month are all successfully operated by the Legal Hotline team and volunteers. The Legal Hotline can be reached at 212 626 7383, weekdays from 9 am to 5 pm and on Fridays until 1pm or by going online and completing an online application anytime at www.citybarjusticecenter.org/legal-hotline.