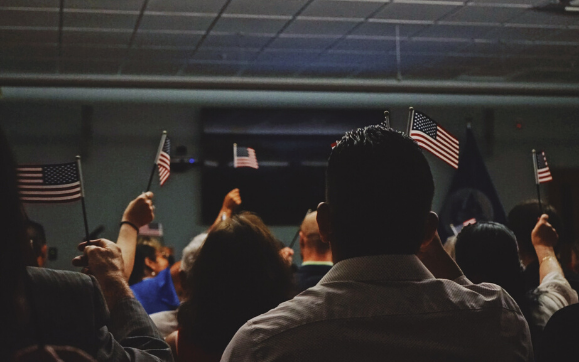 Born out of growing needs amidst rapid changes in federal immigration policy, the City Bar Justice Center is pleased to announce an expansion of its Immigrant Justice Project to include additional advocacy on appeals and collateral federal litigation. The new efforts will include work with pro bono attorneys to litigate denied humanitarian immigration cases, concentrating on asylum denials and denials of U and T nonimmigrant status petitions.

CBJC’s new initiative arises from more and more immigration cases, both affirmative and defensive, being denied on grounds that many immigration advocates who argue are legally suspect. New York City in particular, long a haven for immigrants, has seen its overloaded immigration courts become increasingly draconian. Over the past three years, Immigration Judges in New York City have practically tripled their denial rates for defensive asylum cases. “The asylum denial rate in the New York City immigration court rose from 15 percent in fiscal year 2016, the last full year of the Obama administration, to 44 percent in fiscal year 2019, which ended Sept. 30.” Similarly, U visa petitions and T visa petitions adjudicated by the U.S. Citizenship and Immigration Services agency (“USCIS”) face increased delays and denials. New USCIS policies also threaten to place denied applicants into removal proceedings, even for humanitarian petitions like the U visa (crime victim) and T visa (trafficking victim). This drastically alters the effect of denials, especially when many cases were filed years before the new policy was announced. CBJC’s Immigrant Justice Project recently filed an appeal of a denied T visa on behalf of an HIV+ transwoman who was trafficked by her family when she initially came to the United States. She has lived in New York City for almost two decades, where she provides valuable peer mentoring and is deeply embedded in her community. The USCIS denial of her petition threatens to return her to a country she fled as a young adult, and where she fears she will now face increased danger as a transwoman.

CBJC’s new initiative will also look to bring collateral suits in federal district court where cases have been unreasonably backlogged and delayed. These types of cases–usually styled as mandamus or administrative procedure act claims–are an increasingly important tool to ensure that immigrants are not denied essential benefits they are due or unnecessarily put at risk of removal from the United States.

CBJC’s new efforts stem from a belief that appeals are the next legal arena for advancing robust public interest immigration services. Many of our existing as well as potentially new pro bono partners are uniquely positioned to help, particularly those with proven experience in complex litigation. Volunteers working with us will be able to hone legal arguments that will both protect individuals caught in the crossfire of rapidly changing administration policy as well as serve immigrant communities at large.

Caitlin Miner-Le Grand is the Staff Attorney for the Immigrant Justice Project who is spearheading this initiative. Reach out to Caitlin at cminer-legrand@nycbar.org or contact Pro Bono Counsel Kurt Denk at kdenk@nycbar.org to discuss possible volunteer opportunities and trainings in administrative and circuit-level appeals.